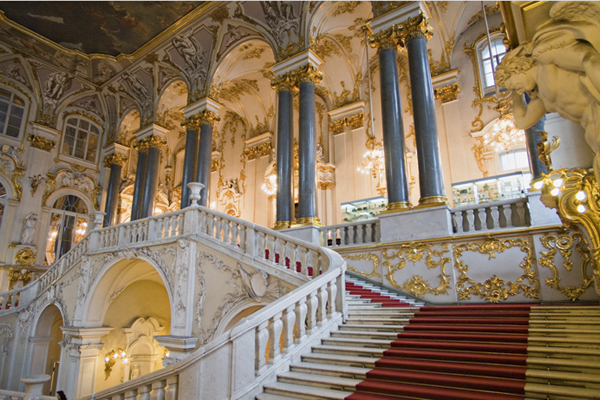 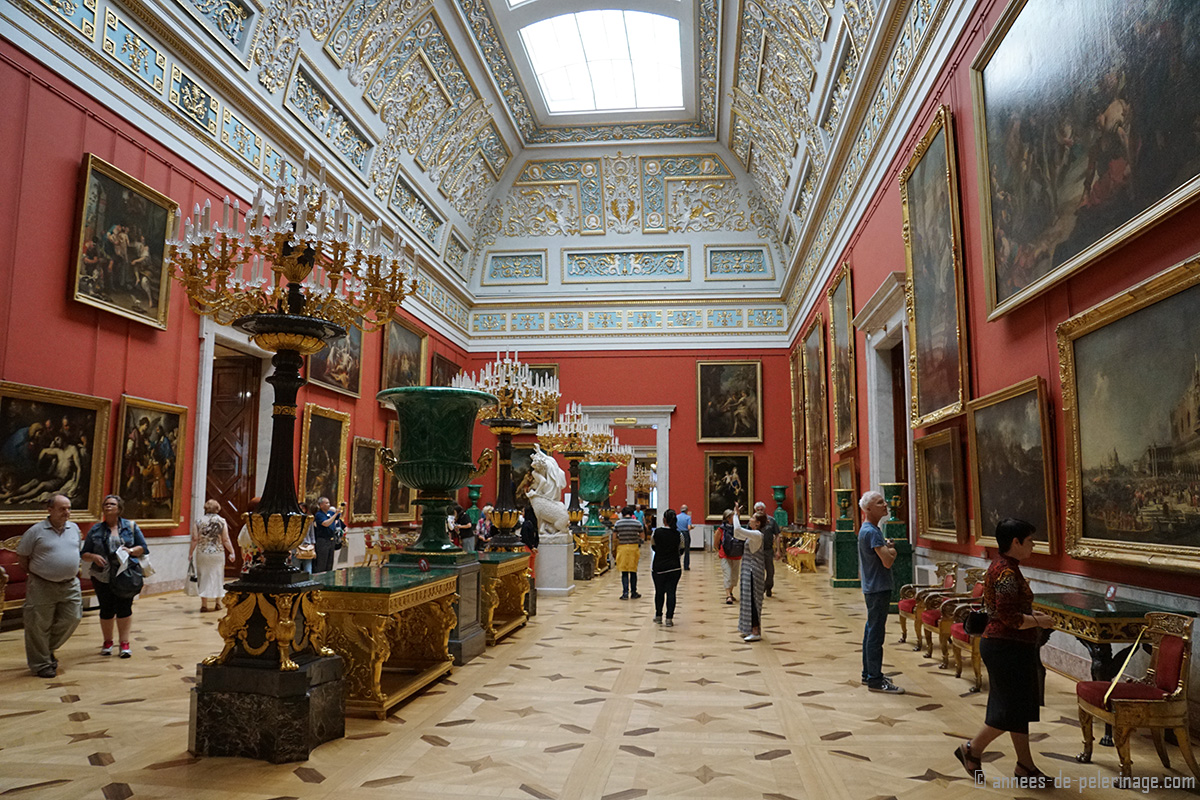 In 1861, the Hermitage purchased from the Papal government part of the Giampietro Campana collection, which consisted mostly classical antiquities. These included over 500 vases, 200 bronzes and a number of marble statues. The Hermitage acquired Madonna Litta, which was then attributed to Leonardo, in 1865, and Raphael’s Connestabile Madonna in 1870. In 1884 in Paris, Alexander III of Russia acquired the collection of Alexander Basilewski, featuring European medieval and Renaissance artifacts. In 1885, the Arsenal collection of arms and armour, founded by Alexander I of Russia, was transferred from the Catherine Palace in Tsarskoye Selo to the Hermitage. In 1914, Leonardo’s Benois Madonna was added to the collection.

In 1948, 316 works of Impressionist, post-Impressionist, and modern art from the collection of the Museum of New Western Art in Moscow, originating mostly from the nationalized collections of Sergei Shchukin and Ivan Morozov and disestablished before the war, were transferred to the Hermitage, including works by Matisse and Picasso. Beginning in 1967, a number of works by Matisse were donated to the museum by his muse Lydia Delectorskaya.

In 1981, the restored Menshikov Palace became a new branch of the Hermitage museum, displaying Russian culture of the early 18th century.

The State Hermitage Museum (Russian: Госуда́рственный Эрмита́ж, tr. Gosudárstvennyj Ermitáž, IPA: [ɡəsʊˈdarstvʲɪnɨj ɪrmʲɪˈtaʂ]) is a museum of art and culture in Saint Petersburg, Russia. The second-largest art museum in the world,[2][3] it was founded in 1764 when Empress Catherine the Great acquired an impressive collection of paintings from the Berlin merchant Johann Ernst Gotzkowsky. The museum celebrates the anniversary of its founding each year on 7 December, Saint Catherine’s Day.[4] It has been open to the public since 1852.

Its collections, of which only a small part is on permanent display, comprise over three million items (the numismatic collection accounts for about one-third of them),[5] including the largest collection of paintings in the world.[citation needed] The collections occupy a large complex of six historic buildings along Palace Embankment, including the Winter Palace, a former residence of Russian emperors. Apart from them, the Menshikov Palace, Museum of Porcelain, Storage Facility at Staraya Derevnya, and the eastern wing of the General Staff Building are also part of the museum. The museum has several exhibition centers abroad. The Hermitage is a federal state property. Since July 1992, the director of the museum has been Mikhail Piotrovsky.[6]

Of the six buildings in the main museum complex, five—namely the Winter Palace, Small Hermitage, Old Hermitage, New Hermitage, and Hermitage Theatre—are open to the public. The entrance ticket for foreign tourists costs more than the fee paid by citizens of Russia and Belarus. However, entrance is free of charge the third Thursday of every month for all visitors, and free daily for students and children. The museum is closed on Mondays. The entrance for individual visitors is located in the Winter Palace, accessible from the Courtyard.

Originally, the only building housing the collection was the “Small Hermitage”. Today, the Hermitage Museum encompasses many buildings on the Palace Embankment and its neighbourhoods. Apart from the Small Hermitage, the museum now also includes the “Old Hermitage” (also called “Large Hermitage”), the “New Hermitage”, the “Hermitage Theatre“, and the “Winter Palace“, the former main residence of the Russian tsars. In recent years, the Hermitage has expanded to the General Staff Building on the Palace Square facing the Winter Palace, and the Menshikov Palace.

Copyright © For the Love of Art  2017-2020. Unauthorized use and/or duplication of written material without express and written permission from this Melinda Sandor is strictly prohibited. Reference to links may be used, provided that full and clear credit is given to Melinda Sandor with appropriate and specific direction to the original content.