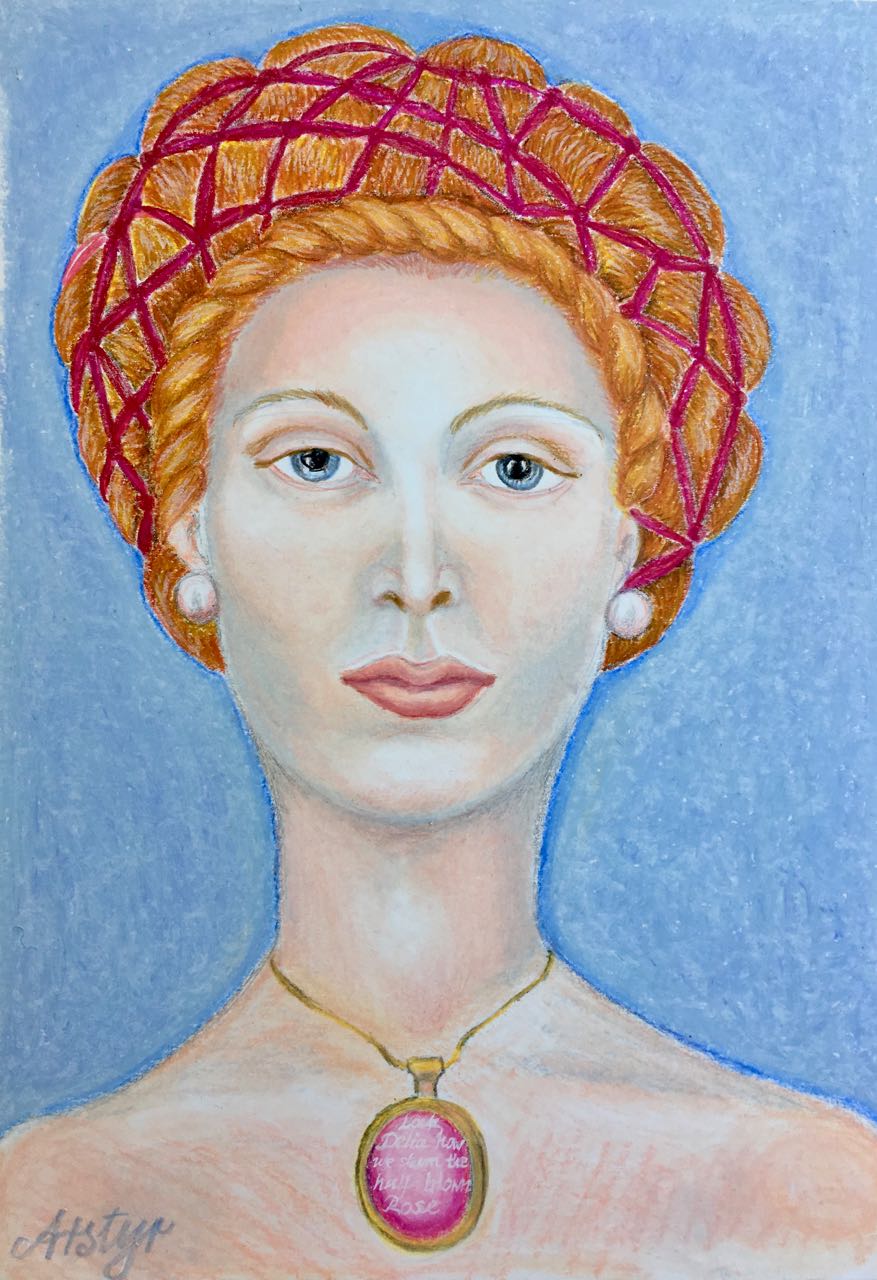 Beautiful, talented and unconvential Mary Sidney was counted as the first influential British female poet and playwright. By 1600, she was listed together with her brother Philip Sidney and William Shakespeare as notable authors of her time. Admired by her fellow writers — poet Samuel Daniels wrote more than 30 Sonnets dedicated to her — Lady Sidney was deeply influenced by Continental writers and sought to bring European literary forms to England. She was British and European.

Copyright © For the Love of Art  2017-2019. Unauthorized use and/or duplication of written material without express and written permission from this Melinda Sandor is strictly prohibited. Reference to links may be used, provided that full and clear credit is given to Melinda Sandor with appropriate and specific direction to the original content.